Friday 8 May 2020 marks 75 years since Nazi Germany's formal surrender at the end of the Second World War.

Music was incredibly important for raising morale during the war.  Lots of people had a radio and were able to listen to recorded music at home.  Before the war, only classical orchestral music was allowed to be played on radios, but during the war, people needed cheering up, so the BBC allowed some dance music to be played – this was very exciting!  They also broadcast many songs from singers such as George Formby and Gracie Fields, and, of course, Vera Lynn, who sang songs that gave messages of hope, peace and love, such as The White Cliffs of Dover and We’ll Meet Again.  Soldiers abroad also liked to tune into the radio to hear the songs that reminded them of home.

Below are some links to music that is used at VE Day celebrations, with information and activities. 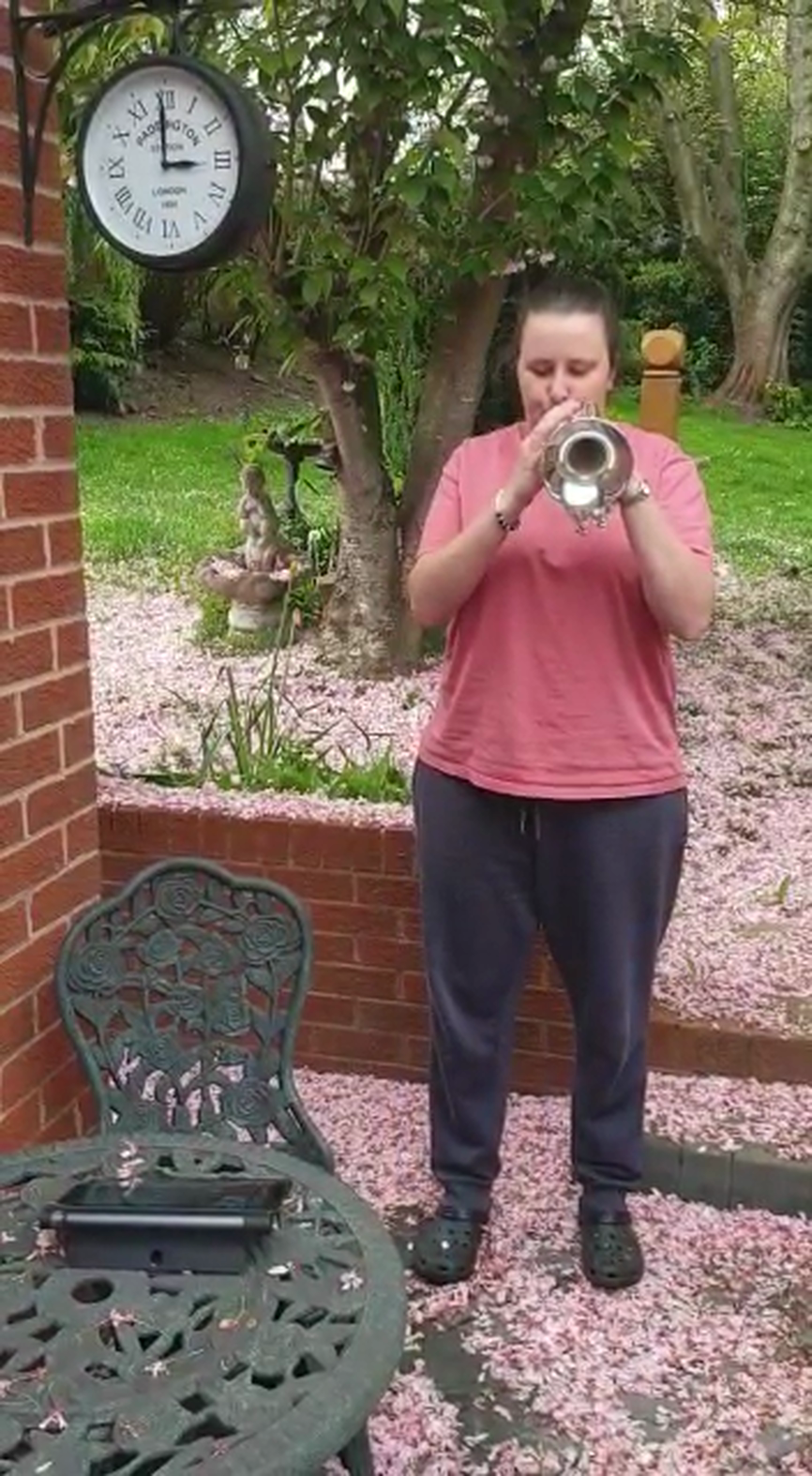 The Last Post is a bugle call, used at Commonwealth military funerals and at ceremonies commemorating those who have been killed in war.

Here is a video of Jess (TA in Lewis) playing The Last Post on cornet. Can you keep very still and quiet whilst listening to it?

Battle’s O’er is a traditional tune played on bagpipes at the end of a battle. The VE Day 75 Years March has been specially composed for this year’s ceremony.
How do you think sound is produced from the bagpipes? Can you clap your hands or bang a drum or march in time to the music for Battle’s O’er?

A song called Six Million Women (The Homefront Song) has also been written especially for VE 75, celebrating the vital role of the Homefront during the war.

Big Band music was key to lifting morale during the war. Army bands played for the troops and radios and dance halls provided entertainment for those at home.
If you're struggling with your emotions during lockdown, try dancing along to some big band music or other songs of your choice - dancing can have a great effect on your mood! Maybe you could learn some 1940s dance moves. The English Heritage document below includes instructions on how to dance the Lindy Hop, or you could search for 'beginner swing dancing' to find learn some other steps. Try https://www.youtube.com/watch?v=Yfd5du3ULas

The video below is Glenn Miller's In The Mood. If you open the video in YouTube or on your browser, you will see a big band playlist with many more songs. Can you see, hear or find out what instruments were played in big bands?

Here is the video for Vera Lynn's "We'll Meet Again." If you open this video on YouTube or in your browser, you will find it is part of a playlist for VE Day, so you can listen to and sing and dance to lots of other songs that were popular during WW2.

Welcome to St Andrew's Academy! Please visit our 'At Home Hub' under the 'Parents' tab for all the latest support and guidance re: being at home during Covid-19! Stay safe!
Top
Cookie information
Cookie Notice